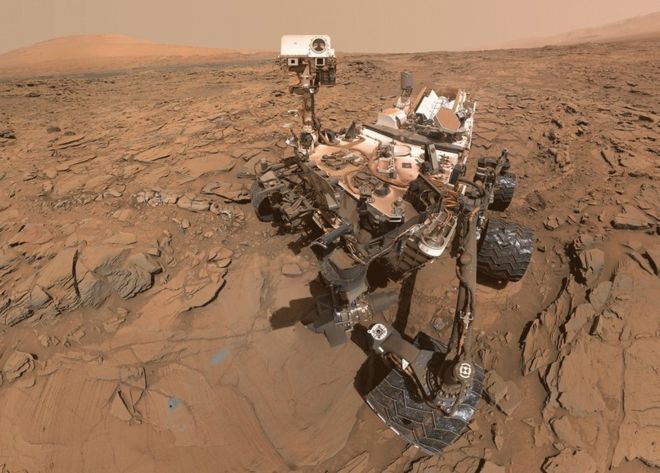 NASA has conceded that it is “struggling to explain” why oxygen is being made, and afterward consumed on Mars. The US space organization has been left scratching its aggregate heads since.

The purpose of this is NASA’s own Curiosity rover that is chilling on the Red Planet has returned some fairly intriguing information back to Pale Blue Dot, indicating that raised methane levels were recorded, and NASA can’t clarify why. There have been tests led and finished to attempt to work out why these levels were so high, yet NASA doesn’t know why.

NASA’s Curiosity rover “breathes” in the air on Mars, investigates it and reveals to NASA what sorts of gasses are distinguished. Be that as it may, something interesting was found – here on Earth the background levels of certain gasses will increment and lessening as the seasons change, and something similar is going on Mars.

Mars’ air is mostly carbon dioxide, with 95% of the gas Curiosity is taking in during its tests being CO2 while the remaining 5% is a mix of argon, carbon monoxide, nitrogen, and oxygen. NASA has plotted these gasses over a year period, with researchers seeing a few irregularities with the measure of oxygen when contrasted with different gasses on Mars.

NASA clarified: “Within this environment, scientists found that nitrogen and argon follow a predictable seasonal pattern, waxing and waning in concentration in Gale Crater throughout the year relative to how much CO2 is in the air. They expected oxygen to do the same. But it didn’t. Instead, the amount of the gas in the air rose throughout spring and summer by as much as 30% and then dropped back to levels predicted by known chemistry in fall”.